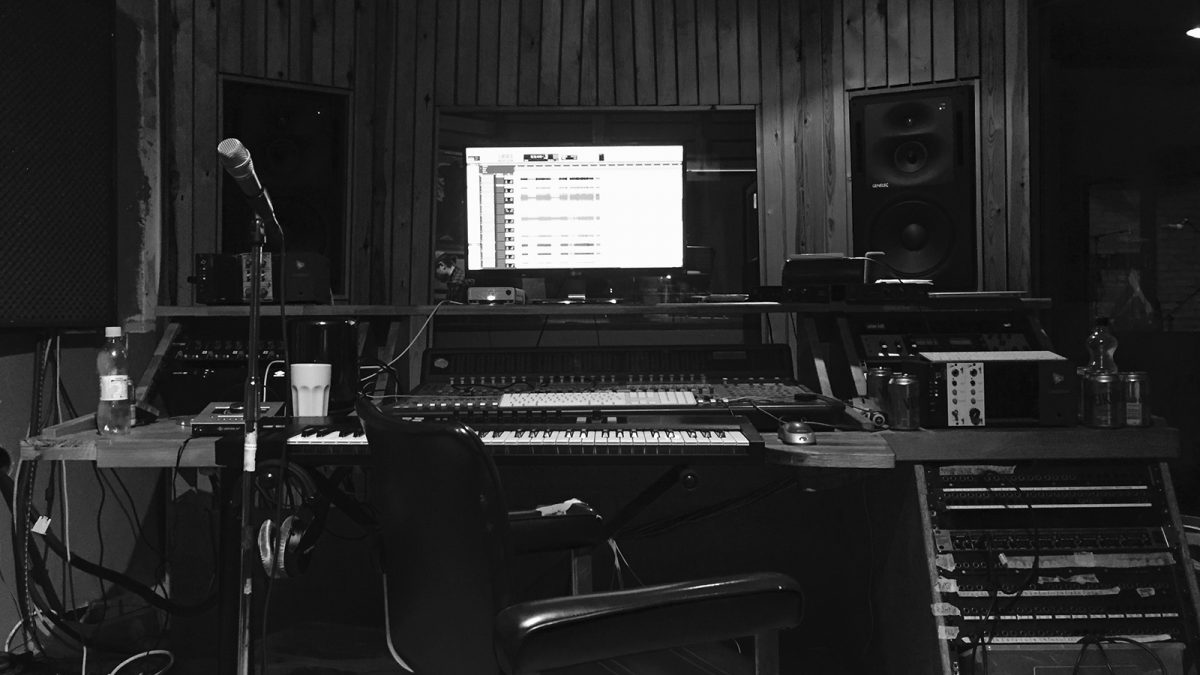 Our goal on these recording sessions was to capture the best part of our playing; the dynamics. We sound the best when we’re playing in the same room, without the metronome killing the groove.

On these songs we wanted the sound to be organic. We wanted to avoid too polished sound. So we recorded the songs live to keep the songs alive and breathing. We did not want – in any circumstance – to lose the mojo of the songs.

We wanted the sound to be organic.

So we did two three day sessions, in which we recorded six songs. We went to the Oskari Ruohonen’s Rodhouse Studio, here in Turku.

This is what happened on the first three day session.

We started our day at our rehearsal space. We packed our equipment and drove to the Rodhouse Studio. Our engineer and a good friend, Oskari, was there waiting for us. We loaded our stuff in and started setting up. Oskari set up the computer, miced the drums and amps. We tested that everything works as planned and headed home.

We started at the morning with the first song, working title “Chris Brown”. The first song seemed to be the hardest – no matter how hard you’ve had been practicing. It took about sixteen takes until we got one that everyone was happy with.

The second song, called “Hagridden”, was next. It wasn’t a lot easier than the first one. About eight takes to get the good take.

The third song was the most challenging one and the longest of the three. We nailed it in about ten takes.

On the third morning we recorded guitar solos for “Chris Brown” and “Hagridden”.

After that we loaded out majority of our equipment. Oskari set up the studio room for recording vocals.

Then Tommi started with the vocals. We got the vocals done later that day. We took the project files home for mixing and that was it for the first session.

The second studio session was pretty much the same as the first one, with different three songs of course. Those three songs are currently called “Klatsi”, “Klatsi 2” and “Heijariina”. These are not the final song titles.

We are currently writing more songs. We have a tentative plan for a studio session later this year. We’ll see.

Below, there’s a little video from the first studio session.